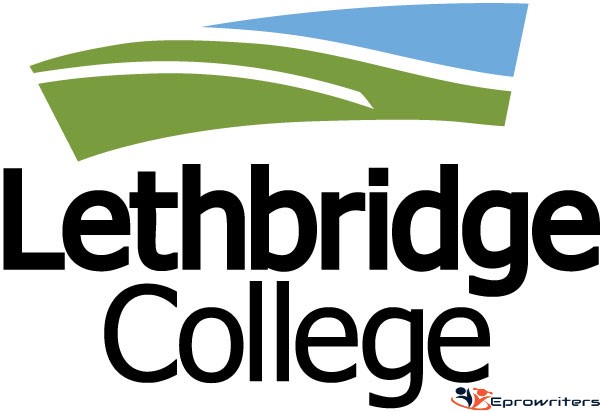 Analyze different aspects of gender or sexual orientation, by comparing differences between males and females from a crosscultural perspective, or the life experiences and challenges experienced by gays, lesbians and bisexuals.

The article discussed contains a 2018 study titled “The influence of sexual orientation on the perceived fit of male applicants for both male-and female-typed jobs” conducted by Heather M. Clarke and Kara A. Arnold. Clarke and Arnold (2018) sought to analyze the interaction of sexual and gender preference stereotypes in affecting the views of male candidates for gender-typed positions. The study was founded on the existing perception that individuals in occupations viewed as incongruous to their gender face significant levels of bias. Clarke and Arnold (2018) reference the role congruity theory and the lack of fit model to show how stereotypes concerning gender result in perceptions that a person does not possess the characteristics required to succeed in gender-inconsistent positions.

Men in positions conventionally filled by women are considered weak and viewed with contempt. Most studies exploring this phenomenon overlook the individuals’ sexual orientation, and Clarke and Arnold (2018) examine gay and heterosexual males with experience in hiring in the context of gender-typed positions. They sampled 128 adults via Qualtrics in their study and found that unlike in the male-typed job positions, the heterosexual male was considered as undeserving of respect, less effective and less hirable in the female-typed position. According to Clarke and Arnold (2018), gay males were held to similar standards as heterosexual males. This is despite the fact that implicit inversion theory postulating that gay males are rated low and high in masculinity and femininity respectively. However, when an applicant’s sexual orientation is known during employment decision-making, Clarke and Arnold (2018) found that gay males are considered equally suitable in both conventionally female and male positions.

In a bid to investigate the impacts of sexual orientation on the likelihood of hiring male candidates for traditionally female- and male-typed job positions, Clarke and Arnold (2018) sampled 128 participants in the United States. The sample was relatively small and unlikely to be representative. Findings from such a small sample size present the risk of being overly representative of the small subgroups in the population being targeted. Using multiple univariate analysis of variance (ANOVAs), the researchers examined the measures of ineffectuality, respect, likability and hire and found that the difference between ineffectuality ratings and respect ratings across positions was insignificant. Also, there was no significant difference in willingness to employ (hire) gay males across the male- and female- typed jobs. The statistical significance helped Clarke and Arnold (2018) to rule out validity threats arising from the possibility that the findings may have been due to chance as opposed to real differences in the sample.

Clarke and Arnold (2018) introduced a point of view that explicit divulgence of sexual orientation influences the perception of applicants when considering them for both gender-incongruent and -congruent job positions. However, the study is founded on one of the postulates of the implicit inversion theory whereby female heterosexuals are perceived as similar to male homosexuals, and male heterosexuals considered to be similar to female homosexuals. The findings showed insignificant variance in how gay males were viewed when applying for male-typed versus female-typed positions, hence showing the decreasing stereotypes and inapplicability of the implicit inversion theory. I acknowledge the crucial contributions made by Clarke and Arnold (2018) to the existing knowledge base by integrating sexual orientation into research on how gender stereotypes affect the assessment of gay males that apply for gender-type job roles.

Sociological Theories from the Text

Little and McGivern (2016) call attention to two major sociological perspectives as related to and sexual orientation with regard to gender-congruent and -incongruent jobs; structural functionalism and symbolic interactionism. The structural-functionalist perspective holds that division of labor to pre-determined gender roles that is considered complementary. According to this perspective, gender roles are advantageous since they contribute to the stability of social relations. However, this is inconsistent with the increasing acceptance of diversity in terms of gender and sexual orientation since it reinforces gender inequalities. Besides, hiring males or females in traditionally gender-typed job roles increases the competitiveness of recruiting and sustains the productivity of the staff.

Similarly, Little and McGivern (2016) note that the symbolic interactionism perspective holds that gender roles exist as a result of how individuals behave towards one another based on the perceptions they have for each other. These perceptions (or meanings) are products of social interactions. This explains the relational traits typically related to masculinity or femininity. The two perspectives highlighted by Little and McGivern (2016) show how gender-typed jobs are socially constructed and influences perceptions and interactions among other crucial outcomes

While the study by Clarke and Arnold (2018) was the first of its kind to investigate the interaction of sexual and gender preference stereotypes and their impacts on the perception of male candidates for gender-typed positions, an article recently published by Melissa Bennardo CBC News explores a similar phenomenon. Bennardo (2019) discusses the minority leadership gap. In this case, she highlights the leadership gender gap and the fact that the majority of Canadians youth still have the impression of a Caucasian male as a chief executive in a company. Citing a recent survey of more than 2000 Canadian youth, Bennardo (2019) highlights the persistent gender-related perceptions and stereotypes despite progress, hence reinforcing the study by Clarke and Arnold (2018) as well as the notion that individuals in occupations viewed as incongruous to their gender face significant levels of bias.