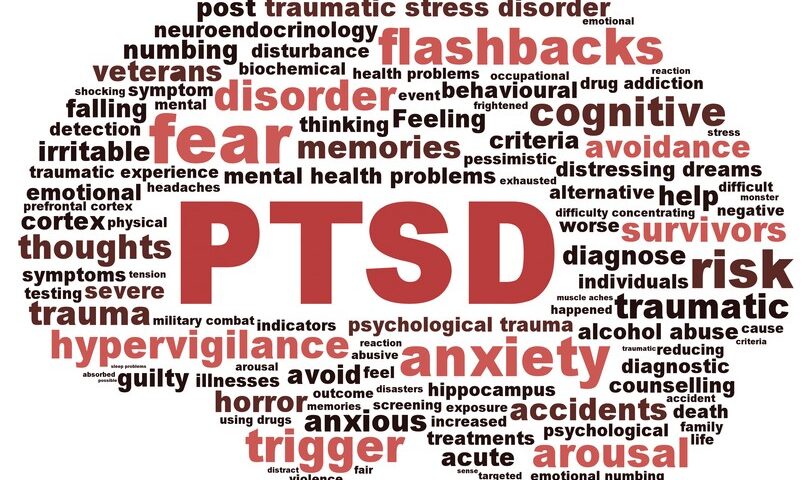 Trey is a 15-year old African American male. His behaviors started when he was 14 years old.  Trey appears to have anger issues and misconduct disorder. Trey and his friend attacked a peer and robbed him. He received probation from the Department of Juvenile Justice (DJJ) for this incident. Trey was arrested and charged in 2018 (age 14) for burglary of a home. He was arrested again in 2019 (age 14) and charged with Burglary 1st degree and Burglary and Criminal Damage to Property 2nd degree for breaking into a vending machine at a gas station.

Trey and his friend were selling drugs at a local convenience store when they were robbed. Trey witnessed his friend being shot and killed. He also was involved in a car incident with a few friends from school. He reported the following symptoms: flashbacks 2-3 times a week, nightmares 2-3 times a week, persistent state of anger, unable to feel happy, irritability, and difficulty sleeping.  In that same year, Trey was arrested for marijuana possession with an attempt to sell; a large quantity of marijuana was found in his room. The Department of Juvenile Justice committed Trey for two-years, and he was ordered for intensive treatment in a maximum oversight program at National Youth Placement Corp Intensive Residential Treatment Facility (NYPC).

Trey reported a history of smoking marijuana, “A few times a week.” When asked to clarify, he restated the same thing. Trey said, participating in outpatient counseling at Viewpoint Health Center after witnessing the murder of his friend. He reported positive results; however, he still has ongoing symptoms.  His symptoms interfere with his daily functioning and sleeping patterns. Trey’s developmental history is unknown. Trey reported being in the 10th grade and is on grade level. He said one incident of in-school suspension because he did not report to detention. He denied having frequent absences, being retained, or taking special education classes.

Trey reported participating in outpatient counseling after the murder of his friend. He was not prescribed psychotropic medication. Trey denied a history of abuse.  He denied history a family history of substance abuse; however, records revealed that his biological father has a history of alcohol dependence. Trey reported having a good relationship with his mother. He said, not seeing his father since he was 10. Trey’s appearance was unremarkable. His insight and judgment were observed to be deficient in his responses and statements about his behavior.

Trey reported difficulty falling or staying asleep at night. He said having nightmares or flashbacks about the murder of his friend.  He reported a healthy appetite. He appears his stated age. Trey’s affect was flat, and he spoke in a monotone voice.  He said the following depressive-like symptoms:  sadness, irritability, withdrawal. Trey’s attitude was resistant, short yes/no responses. He was unwilling to provide clarification or details when asked. Trey has a history of Asthma and denied any current issues.  He denied a family history of medical problems.

Trey lived with his mother and father until the age of 10. Trey’s mother got divorced and moved out of the house. The mother worked long hours to provide for the family. Trey was felt abandoned and unloved by the father. Trey denied a history of abuse. He denied history a family history of substance abuse; however, records revealed that his biological father has a history of alcohol dependence. Trey’s developmental history is unknown. Between 10 and age 14, Trey was living with the mother and other siblings. In 2018 and 2019, Trey was arrested and charged with Burglary 1st degree for trespassing at a private home and Criminal Damage to property 2nd degree for breaking into a vending machine at a gas station. Trey was caught smoking and selling marijuana.

Trey was diagnosed with PTSD after he witnessed his best friend being killed and in the car accident. He reported the following symptoms: flashbacks 2-3 times a week when thinking about his best friend not being around. He articulated difficulty falling and staying asleep most nights. He shared having nightmares 2-3 times a week, repeatedly seeing his friend getting shot and sometimes re-experiencing the car accident frequently in his dreams. He reported a persistent state of anger and gets irritable when thinking about whether he could help his friend. He said he felt unhappy daily. Trey reported feeling hopeless and guilty about his friends murdered.

Trey was diagnosed with Conduct Disorder, adolescent-onset; He began to misbehave after witnessing his friend being murdered. He began to display unusual behaviors at home and at school. Trey began to skip school, not complete schoolwork, and homework. Trey has been suspended ten times throughout the year for misconduct and ongoing truancy. Trey reported his mother had found illegal drugs in his bedroom. He confirmed selling and smoking weed at school. He got caught damaging, destroying, and breaking into a vending machine at a gas station. Trey may be impacted by his parents being divorced when young.

Trey was also diagnosed with Cannabis Use disorder; Trey reported being introduced to drugs at the age of 10. He said smoking weed for fun. He reported an unbalanced appetite after using drugs. He has trouble with thinking and problem-solving. Trey reported having mood swings and getting angry quickly. He reported smoking when he felt distressed, thinking about everything that has happened. Trey confirmed smoking weed daily to ease his stressor.

Trey lived with his mother and father until the age of 10. Trey’s mother got divorced and moved out of the house. Trey said his mother worked long hours to provide for the family. He reported the family going into financial hardship. Trey felt abandoned and unloved by the father. Trey denied a history of abuse. He denied a family history of substance abuse; however, records revealed that his biological father has a history of alcohol dependence.

The mother is overly concerned about Trey’s behavior at home and school. She loves Trey and wants him to remain at home. Still, she is worried that Trey will continue involving himself with the same crowd and getting killed. The mother feels guilty about her son’s misconduct and substance abuse problem. It appeared that Trey was a good student before the traumatic events occurred. He wants to graduate from High School and go to college. He wants to be a Pilot. He reported being worried that he is unable to finish high school and go to college.

Trey attended outpatient counseling at Viewpoint Health Center for therapy. He reported positive results; however, he still has ongoing symptoms and was not prescribed any psychotropic medication. His symptoms interfere with his daily functioning and sleeping pattern. He continued affiliating with negative crowds that involved gangs and drugs. Trey is upset that he has been mandated to NYPC by DJJ. He is worried that his mother leaves him at NYPC, or he ends up in foster care. He is aware that his misconduct and smoking weed caused problems for his mother and family.

Analysis of Ambivalence/Resistance to Treatment

Upon admission to NYPC, Trey was interviewed by the Therapist. In the beginning, Trey appeared to be calm and collective when engaged in discussing his case and why he was referred by DJJ. After a few questions about his best friend being murdered, he began to get angry. He verbally stated, ” I don’t want to talk about it”. Trey seemed to become defiant evidenced by frowning his face, minimum eye contact, and body language portrayed to be negative. Trey’s attitude was resistant to responding with short yes/no responses. He was unwilling to provide clarification or details when asked. Trey verbally stated, asking to leave the room, ” Are you done. I want to go home”. He became aggressive and irritable during the session.

Trey was given a few minutes to resonate why he needed to participate in the session. It appears that Trey is triggered when he is engaged in speaking about traumatic events. The Therapist used coping strategies to calm Trey. Trey met with therapist after he calmed down. Trey continue not answers question or verbalized his feeling about his traumatic events. Therapist re-engaged him with using psychoeducation model to educate him on PTSD. It will take time to treat and educate Trey of the process but to do this at Trey’s pace to avoid becoming overwhelmed and know that he is in control of this process.

Up to the age of 14, Trey was a normal kid living with his mother. He was doing well at school. His onset came about when he witnessed his best friend being murdered and getting into a car accident. The parent divorced may have impacted as well. Trey attended outpatient counseling at Viewpoint Health Center for therapy. He reported positive results; however, he still has ongoing symptoms. Trey was treated for depression and anxiety but never was treated for his trauma-informed care and was not prescribed any medication to treat depression or anxiety. It appeared that Trey was not treated appropriately based on his trauma.

Trey has a commitment to DDJ for two years. DJJ referred him to NYPC for one year of intensive treatment for presenting problems. Trey will be engaged in TF-CBT individual therapy/group sessions. Trey will engage in substance abuse group session. Trey will participate in anger management classes and will step down to an intensive outpatient program in the community. Trey will be discharged when he has no new legal charges, complies with his probation conditions, and participates in his therapy over the next six months.

You may give the background information of your case by integrating it into your paper as you address the above questions. Or you can write the case summary first, then analyze it according to the below guiding questions. The APA style of citation is expected if you cite references. Do not give detailed explanation of the concepts, the main point is to apply the concepts in analyzing your case. You can cite references if it is appropriate and helpful in advancing understanding of the point you are making in relation to the case situation. Use double line spacing and font size 12 for your paper. The length of your paper is expected to be 10 pages not including citation

1) State clearly and succinctly the presenting problem(s) of this family, that is, what caused them to come in for help or be referred by others for help.

2) Analyze the case and suggest some intervention strategies using concepts from at least two schools of family therapy (Solution-Focused Family Therapy and The Satir Model) you have learned in this course addressing the following aspects:

a) The theoretical formulations of the “causes” of the presenting problem(s) or other problems you have noted in this family.

b) Describe the relational structure or other important dynamics of the family according to the theoretical orientations.

d) Based on the theoretical orientations, what are the treatment goals you have formulated accordingly, in addition to the reduction or eradication of the presenting problem(s)? Set specific and realistic goals as far as possible.

e) What specific intervention strategies have you tried or plan to use to facilitate the desired changes or goal attainment based on the theories you have chosen?

This section is the major bulk of the paper and should constitute at least 5-6 pages.

3) What are some of the strengths of the family that you have observed, which could be mobilized?

4) Address the impact of the ecological contexts or the larger systems on the family. What are some of its resources and limitations for this family?

5) How may diversity issues affect the functioning of the family, if applicable?

6) Do you see issues that warrant advocacy for the family, which otherwise would be a violation of the basic human rights of the client/family and social justice?

7) What are some of the interface issues, including your own background (cultural or otherwise, similar to or different from the family) and countertransference that you have to face in working with this family? Are there ethical dilemmas you may have to face as well? How have you handled them or plan to do so?