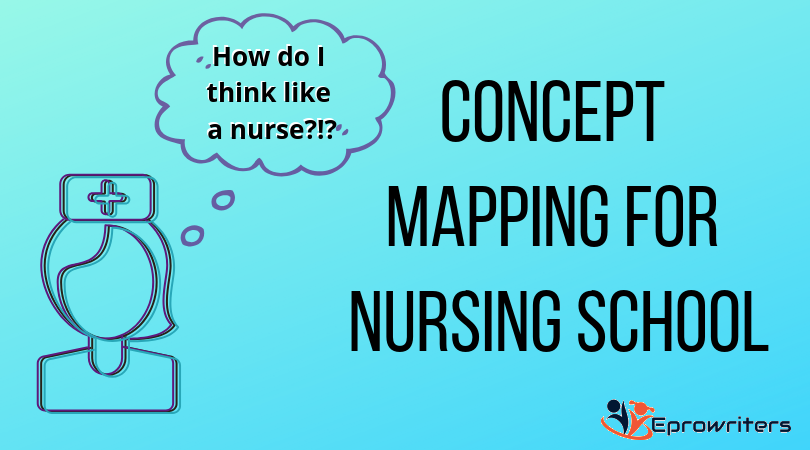 Describe the process of erythropoiesis. Why might Vitamin B12 deficiency result in anaemia?

Introduction
The blood consists of plasma (55%), a buffy coat layer (<1%) and an Erythrocyte layer (45%) and has three functions; distribution, regulation and protection. The erythrocyte layer of the blood transports oxygen around the body in the haemoglobin. Erythrocytes are produced by the mechanism of erythropoiesis which is a result of when the hormone erythropoietin (EPO) stimulates the bone marrow to create more erythrocytes, therefore making the oxygen levels in the body rise (Marieb & Hoehn, 2014). Anaemia is a condition where inadequate oxygen levels are being carried by the erythrocytes, due to a reduction of erythrocytes, inadequate haemoglobin or a lack of oxygen in the blood. An example of this is Pernicious anaemia which prevents erythrocytes from dividing and producing more of themselves therefore significantly reducing the amount of oxygen in the body (Marieb & Hoehn, 2014).
Discussion
Erythrocytes are biconcave discs that have no nucleus and contain haemoglobin which contributes to gas exchange involving oxygen and carbon dioxide. Oxygen is carried around the body by the haemoglobin as oxygen doesn’t dissolve well in plasma in the blood (Huether & McCance, 2013; Marieb & Hoehn, 2014; Grossman & Porth, 2013). These erythrocytes are vital for homeostasis and are regulated by the mechanism of erythropoiesis which is responsible for the normal production of erythrocytes in the body. The erythrocytes are produced in the red bone marrow but are not directly stimulated there by the hormone EPO, they are stimulated in the Peritubular cells in the kidney (Grossman & Porth, 2013). There is always a balance kept to ensure that there are not too many or too few erythrocytes in the blood, this is where red blood cell destruction and production need to be balanced. If there are too few erythrocytes in the blood this can lead to hypoxia, which means that there is not enough blood being supplied to the tissues, whereas if there are too many erythrocytes in the blood it makes it viscous and that begins to make
the blood run slower (Marieb & Hoehn, 2014). Erythropoiesis is reliant on the levels of iron, lipids, carbohydrates and amino acids in the blood. Vitamin B12 is very important in this process as it is a necessary factor in the synthesis of DNA in regards to cell division (Marieb & Hoehn, 2014).
Vitamin B12 deficiency occurs over a slow amount of time and prevents DNA synthesis and cell division occurring, therefore reducing the amount of erythrocytes in the blood (Grossman & Porth, 2013). This is a disorder called Pernicious Anaemia which occurs when the immune system doesn’t recognise its own body cells and begins attacking the stomach wall. The cells that are located in this stomach wall are responsible for the production of a substance called; intrinsic factor which is vital for vitamin B12 to be absorbed by the intestinal cells. Without vitamin B12 in the stomach wall, erythrocytes can grow but they can’t divide to produce more cells and instead of erythrocytes being produced macrocytes become the result (Marieb & Hoehn, 2014). Macrocytes are very large and possess an immature nucleus; they destruct themselves and have a weak outer membrane. Instead of having the trademark bio-concave shape of regular erythrocytes the macrocyte is oval shaped and has a short lifespan (Grossman & Porth, 2013).

Concept map
A concept map is provided below to show the normal homeostatic functioning of erythropoiesis and the abnormal effect that vitamin B12 deficiency has on this normal functioning. 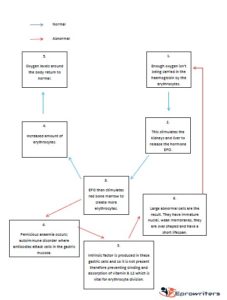