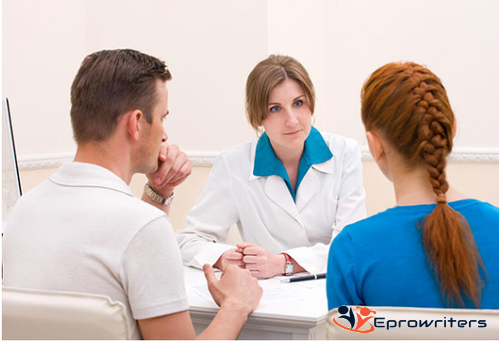 JG is a 32-year-old Hispanic male who has been referred by Clara Maass Medical Center ED to an outpatient clinic. He was taken to the hospital by the police for sleeping in the back doorway of a small shop. He says that he has been homeless for a month and exhausted the last of his money 3 days ago. He appeared dirty, his clothing were worn and ill-fitting, and his shoes were torn. He was underweight for his height and appeared older than his stated age. He was sweating and has a coarse tremor of his hands as he tries to hold a cup of coffee. His chief complaint is feeling depressed. His sister reveals that he was last on an antipsychotic medication. His psychiatric history includes many hospitalizations for bizarre behavior and for treatment for alcohol dependence. He has been without medication for several months.

Medical history includes a cerebral concussion resulting from a fight, complaints of gastrointestinal problems, and infected blisters on his feet. Social history includes dropping out of high school in senior year, brief periods of working in a fast-food store, and arrests for loitering and shoplifting of six-packs of beer. When asked about his present social support networks, he says that his girlfriend left him when his money out 3 days ago. He has no contact with his two former wives or his four children and no contact with his family of origin. When asked about his spirituality, he says that he attended church as a boy but has not since then.

How would you prioritize the patient’s immediate needs?

Based on the available information, what would be the patient’s psychiatric diagnosis using the DSM-5?

What are 3 differential diagnosis?

What are the patient’s stressors?

What medications would you suggest for the admission?

What other information would you want to have?